Australia has a rich history, to say the least, and it shouldn’t be a surprise that its cuisine has absorbed a plethora of different influences, whether from ingenious peoples, whether from the subsequent settlers. Of course, here at Australia 2000 Travel we strive to do our best to keep our clients informed about all things related to Australia, and national cuisine is one of the best ways to actually experience the country. So, without further ado, let us dive into the list of foods that, among other things, make Australia such a great place to be in!

Barbeque. Of course, barbeque is considered a traditional food in Australia, and you would be hard pressed to find a larger celebration without it. However, it is best enjoyed with family and friends in a less formal setting. 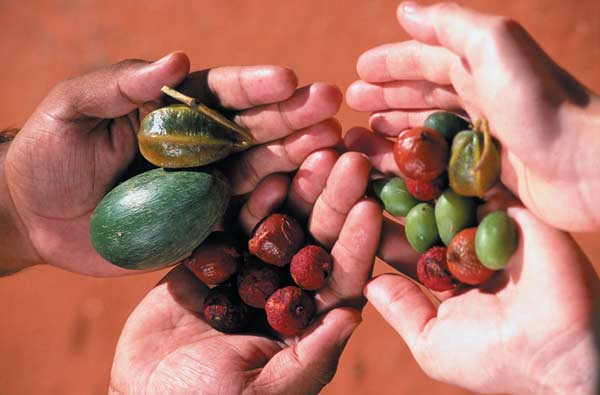 Meat pie. Australian meat pie is so popular that it is described as a national dish. It is a pie consisting of ground meat and gravy, covered with a layer of pastry.

Damper is a traditional Australian bread. It is based on wheat flour and is generally made over hot coals or embers. That is why it is so popular with campers, as it is easily made on campfire.

Anzac biscuits are also considered iconic in Australia, and include many nuts and syrups in their production. They were generally sent by soldiers’ wives to their husbands because the ingredients makes these biscuits so difficult to spoil.

Kangaroo/emu/crocodile meat. These meats, while considered traditional, are not usually eaten often, as they’re considered a sort of a delicacy. However, every Aussie enjoys a good kangaroo sausage from time to time, which are widely available.

Melba toast. Named after a famous Australian opera singer, Melba toasts are thin, round toasts that are generally served with soups, or served with garnish of pate or melted cheese.

Fish and chips. This is one of the most popular English takeaway foods, and it is no different in Australia – and for a good reason. This combination of fried fish, fried potatoes and sauce is certain to fill your belly for quite some time.

Now, the only thing remaining for you to do is to actually hop on a plane and get yourself here. Australia has something to offer to everyone; sure, everyone can go for a swim or visit http://www.playpokiesonline.org; however, where else in the world can you find kangaroo meat or resplendant coral reefs? Australia is pretty much unique, but no amount of talk will give the right experience – it is something that absolutely has to be seen, has to be smelled, has to be tasted. Then, and only then, will the true Aussie experience come through – please, accept no substitutes.