Dear Travel Diva: I am trying to plan a trip to Australia and need assistance from a travel agent who has expertise in the country. Do you happen to know of an agency in Michigan? My particular interest is to visit the Australian wine-growing regions and to travel by train. –Down Under Wonder 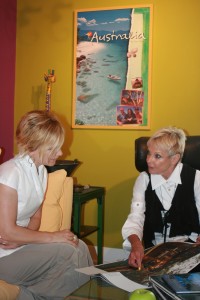 Dear Down: Karen Hardy Hodgson, owner of Australia 2000 Travel in Birmingham, is an Aussie who specializes in Australia/New Zealand, especially in custom itineraries like the one you’re looking for.

She says that in her 20 years of sending tourists to Australia, she finds that Americans now know far more about the faraway nation than they used to. It’s also a lot easier to get there, with nonstops to Sydney from Los Angeles and to Brisbane from Dallas.

“When I started coming here (from Australia) 30 years ago, you had to make five stops. Now you can fly nonstop,” she says. “It’s like taking the bus.” OK, it’s a bus that takes 14 hours, but it flies overnight. Although Delta flies to Sydney, she likes the service on Qantas better; it’s also a Star Alliance partner with American Airlines.

Flights generally cost about $1,600 to $2,000 round-trip. She advises visitors to plan a two-week trip at minimum — three days for traveling and 11 days there.

Most Americans don’t realize that Australia is about the same size as the continental U.S., Hodgson says — so don’t try to do the entire nation at once, mate. Explore that Aussie magic slowly.

“I try to give people four days at any one spot,” says Hodgson. 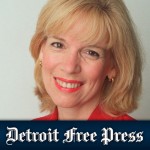 Read “Diva’s” full article here then contact us to design your own customized adventure to the Lands Down Under that CNN & Lonely Planet have named the Top Destinations of 2013!

Thank you so much for an awesome honeymoon! We dreamed of spending ten days in paradise, relaxing under the Fijian sun. What we found here was soooo much more! The relaxation and paradise was a given every day, and beyond that we found ourselves wanting to spend all of our time with each and every one of you. From a medicine walk with Salote, to octopus hunting and hand line fishing with Eta, Loata (his laughing scared the octopus to death) & Lara (we can?t wait to see your all natural day spa here soon!).

We reef walked, visited the pearl farm, enjoyed a Fiji BBQ and even our own island sand picnic lunch. The sunsets were to die for, and can only be described as (in Karen Hardy from Australia 2000 Travel?s words) ?the nightly news?. Snorkeling, trolling for G.T. (catching a Spanish mackerel), and enjoying 2 dinners under the stars; sharing the Kara and enjoying the Meke, it was all surreal.